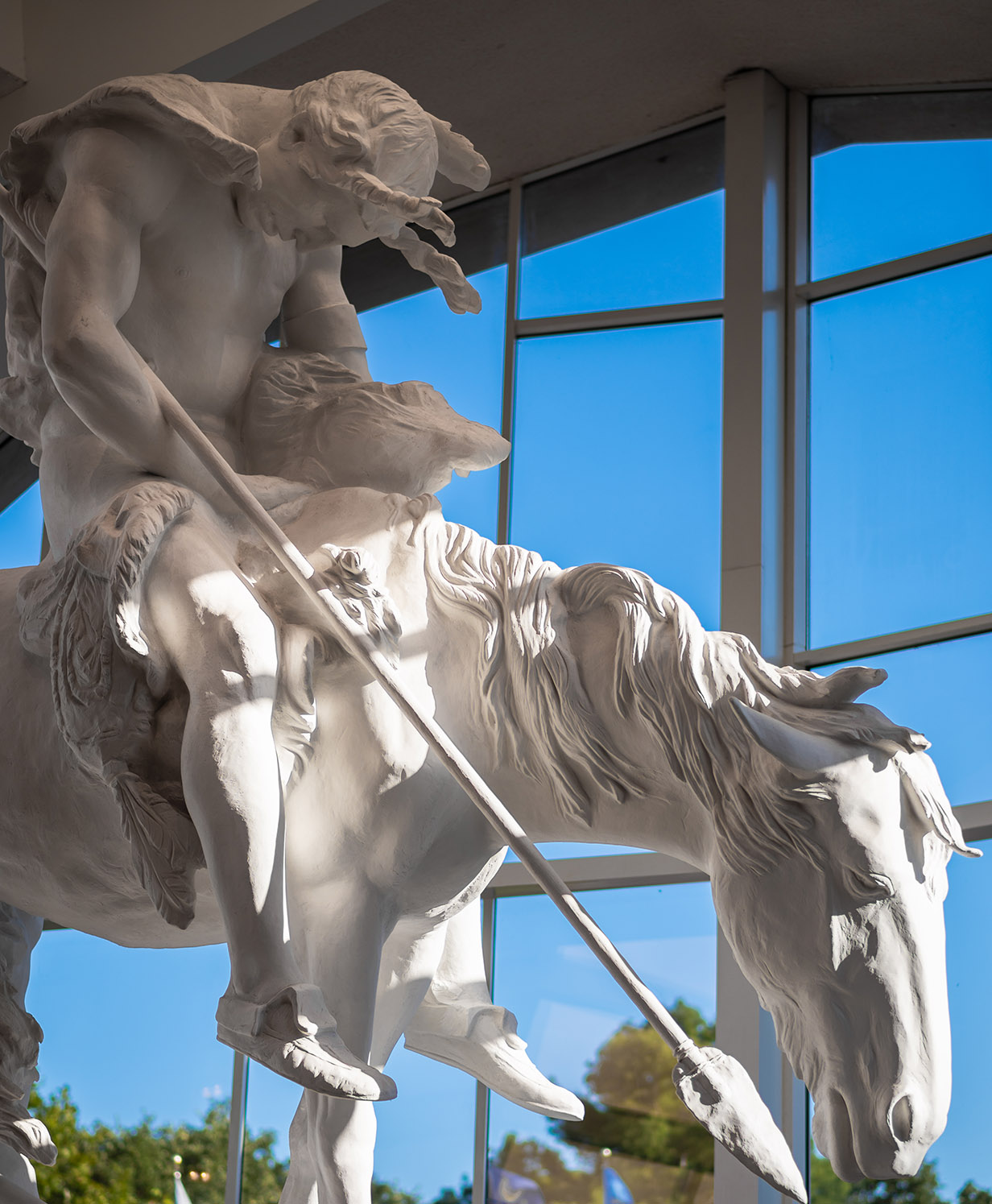 Given his reputation, it's not surprising that Andy Warhol's shoes often drew attention.

But the type of footwear the iconic artist favored might be unexpected.

"Interviewers ... when they described what he was wearing just about always said he was wearing cowboy boots. There are 27 pair of cowboy boots at the Warhol Museum in Pittsburgh; most of them have significant wear. And if you look closely at these, most of them have paint all over them," said Seth Hopkins, pointing to a case displaying Warhol's boots inside the National Cowboy & Western Heritage Museum.

For all that has been written about the pop-art pioneer, Warhol's love of the West has not been widely disseminated: The Pittsburgh native often visited Taos, New Mexico, owned property in Colorado and amassed an expansive personal collection of Western and Native American art and artifacts.