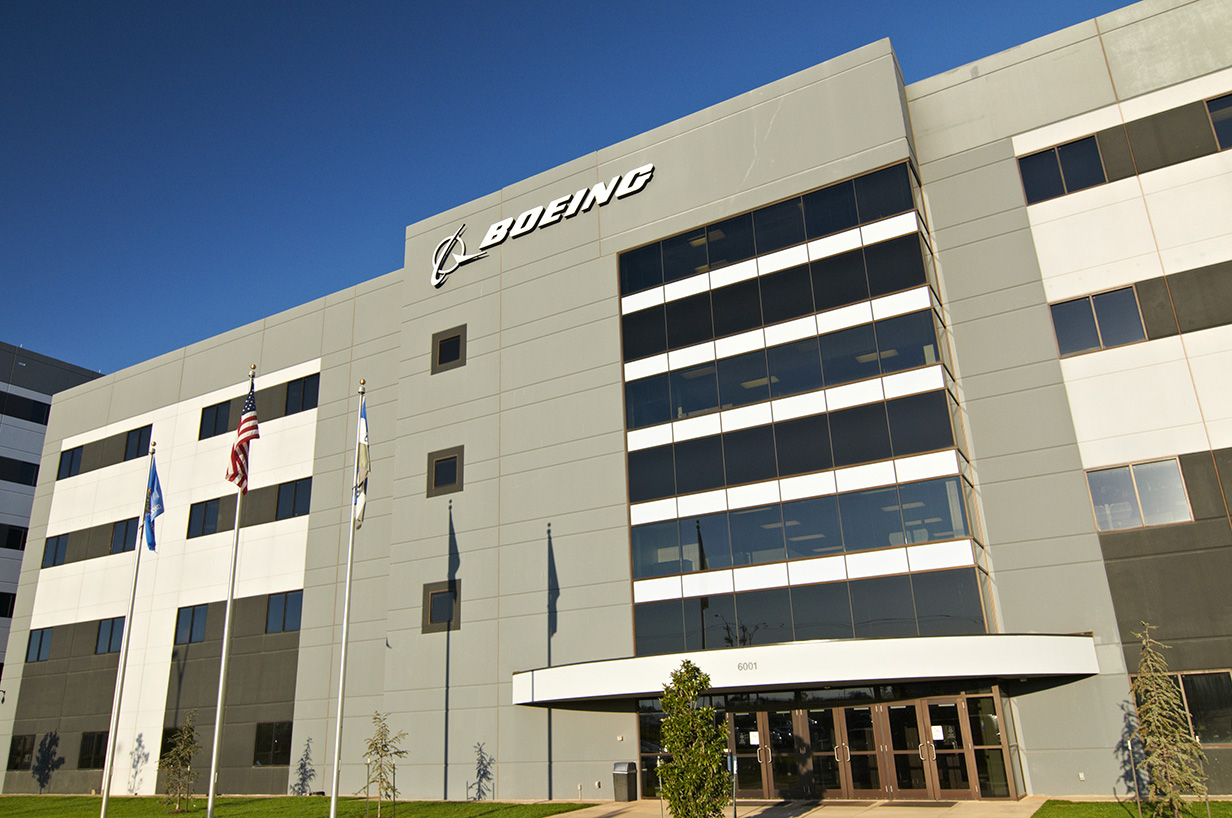 Close proximity to Tinker Air Force Base has proven to be advantageous for Boeing Oklahoma City for more than the shared aircraft sustainment workload between the two.

Veterans transitioning out of the military at Tinker have the opportunity to use their skills across the street.

Across the street from a Tinker AFB entrance gate, the Boeing campus handles sustainment, modifications and upgrades for the B-1, B-52, B-2 and the E-3 Airborne Warning and Control System, a fleet of 31 aircraft, 27 of which are stationed at Tinker with the 552nd Air Control Wing.

Tinker AFB’s operations focus on maintenance, repair and overhaul as well, and engineers between the two work closely.

Of the more than 3,000 employees at Boeing Oklahoma City, 16% are self-identified veterans and the relationship between the installation and the company certainly does not hurt that. Boeing Oklahoma City Chief Financial Officer Tony Lounsbery said veteran working knowledge of the E-3, B-1 or B-52 immediately transfers into the work the facility handles.

“This (location) is specifically unique, because you’ve got the war fighter literally sitting right outside your gate. From an outside-in perspective of transitioning those folks into our workforce has been a spectacular success for the state and the city for sure,” Lounsbery said.

With the veteran population of the company’s workforce growing, a local chapter of an employee-led club, the Boeing Veteran Engagement Team, was created to help former military employees transition into a civilian position at Boeing and engage with the community.

Boeing Systems Engineer Mark Cisneros, president of BVET for the Oklahoma City office and an Air Force veteran, said 252 veterans at the local office are involved with the organization.

“A lot of things are taken care of for you in the military and (outside the military) you’re definitely on your own to make (decisions like) ‘How do I buy a house?,” Cisneros said.

BVET arranges for a state Department of Veterans Affairs official to visit the office every two weeks to meet with employee veterans and make sure they are receiving needed benefits.

The organization engages with employees who are dependents of current military members, such as one new mother whose husband was deployed and needed help navigating child care and other resources recently, Cisneros said.

BVET also works in the community, with members volunteering through Rebuild Together to rebuild 15 homes of fellow veterans since 2005.

Boeing Wellbeing and Fitness Specialist Likita Gunn said she worked for the state between serving in the Army and beginning at Boeing in July 2018 and the camaraderie and sense of understanding brought by working with so many fellow veterans at Boeing is “like night and day.”

“Not to say state employees don’t have those same core values, but … we can go to BVET and have a group of like-minded individuals who are helping with the transition,” Gunn said.