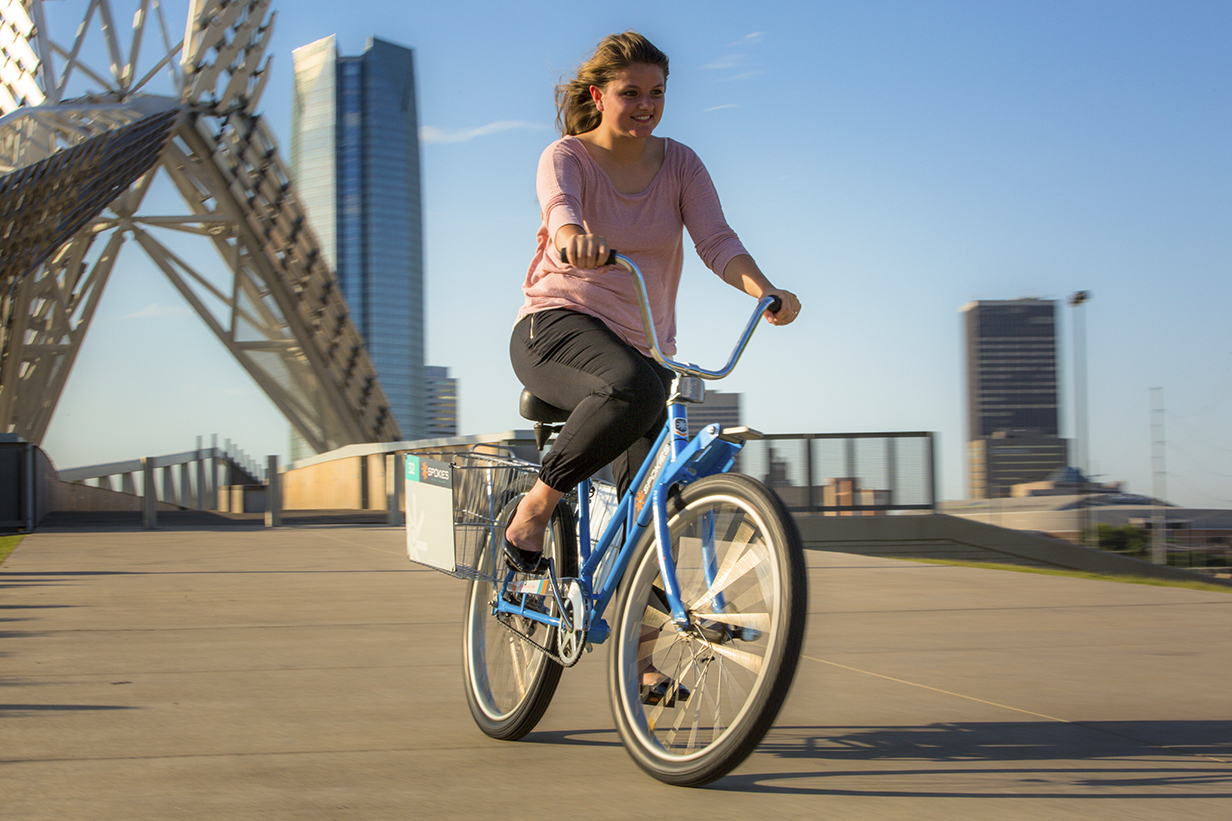 Spokies is currently the only bike-share program in the city and has been operating in downtown OKC since May 2012. It has changed management a couple of times through the years and is now under the purview of Embark transit services, which also manages the Oklahoma City streetcar and Oklahoma River Cruises.

Recently, Spokies added 25 new smart bikes to its fleet as part of its Dash program. Spokies Dash is the third generation of the bike-share initiative.