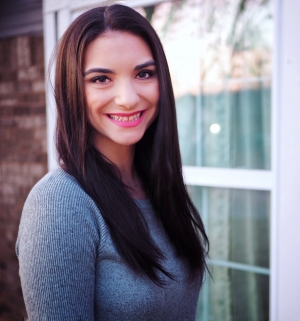 When did you move to and/or back to Oklahoma City? Where did you come from?

I was born and raised in Tulsa, OK. I moved to Stillwater, OK in 2012 to attend Oklahoma State University where I earned my Corporate Finance degree. I moved to Oklahoma City in 2016 to begin my career at Dell EMC OKC.

I began my career at Dell EMC OKC in the summer of 2016. I was hired as an Inside Sales Professional handling over 150 accounts throughout California. After two and a half years in the role, I decided to branch out and dive into the Tech Support side of the business. I’ve been a manager in our Client ProSupport Organization since January 2019. I currently have nineteen direct reports.

What has been the biggest surprise about OKC to you?

The food!!! OKC has some very good food options. A few of my favorites are Fassler Hall, Whiskey Cake, The Press and Hall's Pizza Kitchen.

What is your favorite thing about living in OKC?

My favorite thing about living in OKC is the Oklahoma City Thunder, the nightlife, the restaurants and the people. The ‘Oklahoma Standard’ is a real thing.

What would you say to someone thinking about moving to OKC?

Do it!!! It’s a great place to meet new friends, grow your career and grow your family.