Oklahoma City’s recently renovated and expanded Will Rogers World Airport is the primary commercial airport for Oklahoma City and the surrounding areas. Located in the southwest corner of OKC, this FAA-classified, medium-hub airport is easily accessible by interstate, freeway and major traffic thoroughfares.

More than 4.3 million travelers flew in and out of Will Rogers World Airport in 2018, setting an all-time record for passenger traffic. The airport plans to continue that growth through an $89 million renovation that starts in 2018. The renovation will expand the terminal to include up to seven new gates, streamlined security, a public observation gallery, increased shopping and dining, and space for future international screening/air service. The project is scheduled to be complete in 2020. Read the Will Rogers World Airport Guide to keep up with the latest information on the airport. 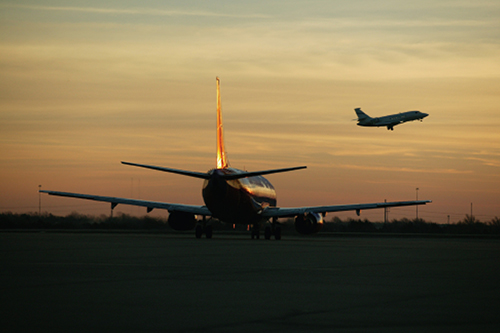 Two of the nation’s most important highways – Interstate 40, which runs from Los Angeles to Raleigh, N.C.; and Interstate 35, which runs all the way from Mexico to Canada – meet in downtown Oklahoma City. The intersection of these major highways, along with the nearly 13,000 miles of streets in the city, secures Oklahoma City’s status as the crossroads of America.

It also makes commuting in Oklahoma City incredibly efficient. If you're used to driving longer than 20 minutes or so just to get to work in the morning, you're about to gain back some extra free time.

Among the nation's 52 largest cities, the U.S. Census Bureau recently clocked Oklahoma City's commutes the third-lowest in the country at 21.35 minutes one-way on average, ranking only behind Rochester and Buffalo-Niagara Falls. And, among cities of similar size, Oklahoma City easily beats the competition. Our freeways are plentiful and usually not congested during morning and afternoon commutes. And our city's traffic grid is ultra-efficient.

No need to rush - you've got plenty of extra time to relax in OKC. 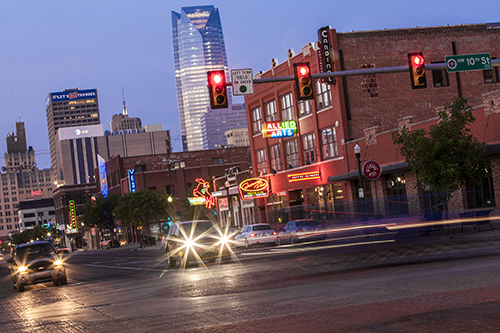 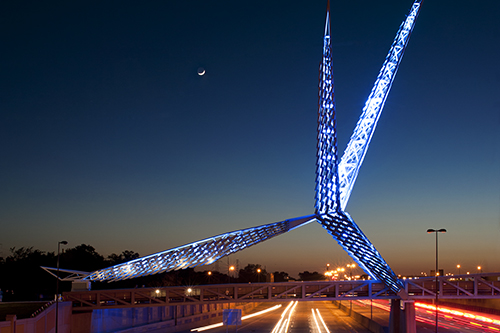 EMBARK has made significant upgrades to its system in recent years, including increased frequency, additional stops and later service. EMBARK’s technology improvements include a mobile trip planner, SMS real-time bus arrival info and onboard Wi-Fi. And most recently, EMBARK added service on Sundays, giving OKC residents the chance to connect with bus services every day of the week.

In 2018, OKC launched its Oklahoma City Streetcar, creating an easy and efficient way to get around all of OKC’s different and unique districts in and around downtown Oklahoma City. For just a buck, you can hop on anywhere along the route and ride the complete loop, stopping at your favorite hotspots along the way. 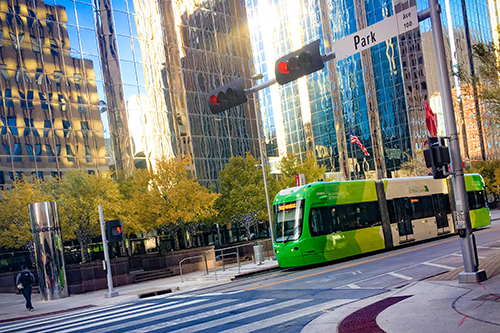 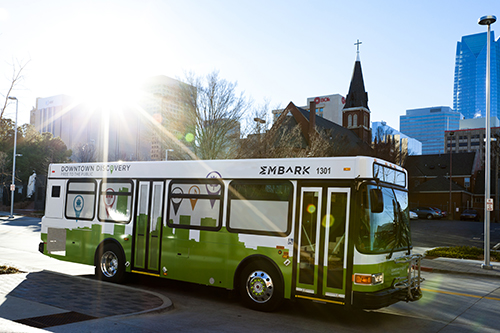