Take a break in Bricktown

In many ways, Bricktown is “where it all began.” You may have recently seen coverage of the Bricktown canal’s 20th anniversary party, but if you’re relatively new to OKC you may not know that the seeds of OKC’s premier entertainment district were perhaps sown some 40 years ago, according to a recent story in The Oklahoman. What was once a relatively barren warehouse district has been transformed via dreams of entrepreneurs, visionaries, business and city leaders and, of course, the citizens themselves into a fully fleshed-out true mixed-use destination offering a variety of attractions, eateries, bars, breweries, offices, housing, retail, hotels, baseball, live music, banjos, and more. Heck, , there’s even a beach! 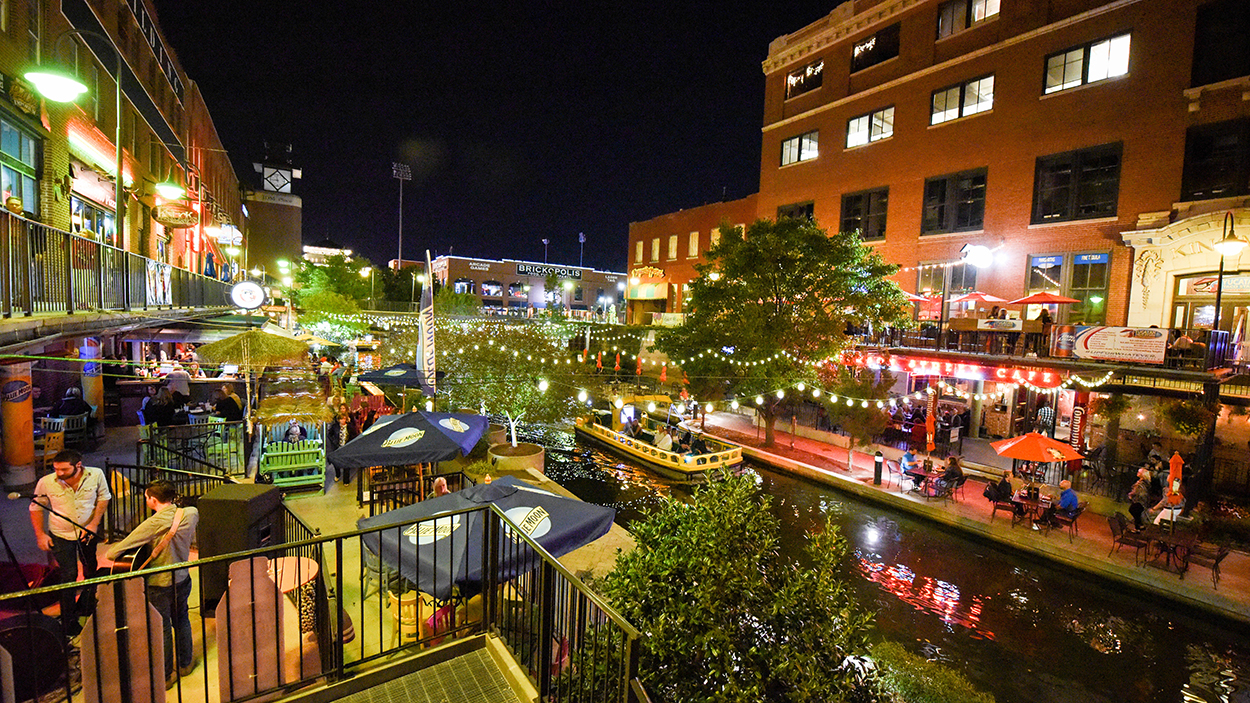 But not all the Bricktown history is in the past. Some pretty important developments are relatively recent and even more is on the way. With the advent of streetcar service to and from the district, the opening of the Steelyard Apartments, new and renovated live music and event venues of all sizes, implementation of some recommendations of studies on pedestrian behavior and canal accessibility in the district, renovations to the western end of the canal, impending completion and new landscaping around the Land Run Monument on the south end and more, the future looks bright for Bricktown as it continues to develop into much more than just a place to go club-hopping.

If you haven’t been to Bricktown, or if you’ve been a resident for a couple years but haven’t visited recently, it’s a good time to see what’s new and get a taste of the non-stop energy that has come to be the norm for OKC’s original entertainment district.