Did you know Mesta Park got its name from one-time resident Perle Mesta, the so-called “hostess with the mostest” and well-known foreign ambassador, socialite and daughter of William P. Skirvin? How about that Jefferson Park wasn’t actually annexed by Oklahoma City until 1908? Similarly, did you know that the Overholser Mansion, along with the rest of Heritage Hills, was once considered “out in the country” when it was built in 1903, and was so-named because it was built over a series of holes*? And did you know that the Paseo Arts District was actually originally developed to be the first “shopping center” north of downtown in 1929? With some fantastic (and sometimes legendary) history and intrigue behind them, some of the most sought-after areas of OKC to live in are also (unsurprisingly) among the oldest! Nothing quite compares to the tree-lined charm and close community connections inherent to living in Oklahoma City’s historic neighborhoods. A wealth of great housing stock to choose from is typical of these areas, as are sidewalks, parks, supportive neighborhood associations, a sometimes wacky Nextdoor experience, and squirrels. In OKC, living in a historic neighborhood is a great way to be close to the action downtown but still enjoy a lot of amenities that you might think of as more typical of suburbia, like great lawns, community picnics and parks, neighborhood schools and more. Learn more on our website. 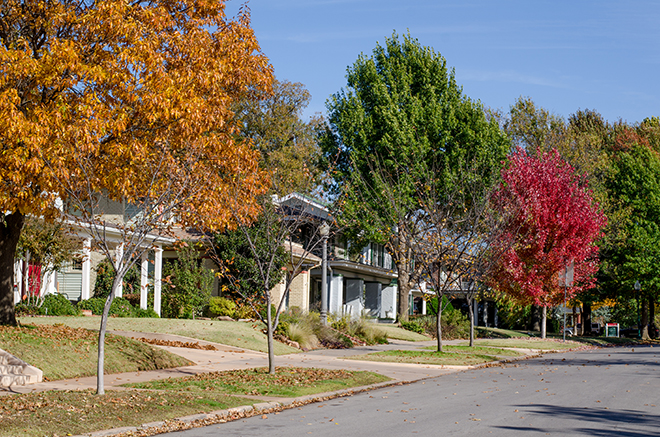 Keep track of development in OKC on VeloCity