Speaking of streetcars, did you know OKC’s first streetcar system was actually installed more than 110 years ago? Putting in a streetcar system in the early “aughts” was difficult, but as a great man once said, “if you put your mind to it, you can accomplish anything.”

All the “Back to the Future” streetcar jokes aside, in the city’s early days, OKC’s increasing density made public mass transit a part of its destiny. As Oklahoma City continued to experience ridiculous levels of growth after the Land Run (OKC’s population more than doubled – twice -- from 1890 to 1910), something other than horses and their requisite, er, “crab apples” was needed to get people and goods around the increasingly crowded urban environment in a clean, safe manner. City leaders had no interest in seeing citizens make like a tree and get out of here, so familiar names John Shartel and Anton Classen formed the Metropolitan Railway Company in 1902, and the following year electric-powered streetcars replaced beefarino-fueled raw horsepower as the transportation mode of choice for Oklahoma Citians. By 1911, interurban lines to El Reno, Norman and Guthrie were established, along with Moore and Edmond.

Want more? Our friends at the Association of Central Oklahoma Governments (ACOG) have a cool interactive historic streetcar route map on their website, with equally awesome photos taken at different points along the various routes. Great Scott! Check it out, and get hyped for the MAPS 3 streetcar. 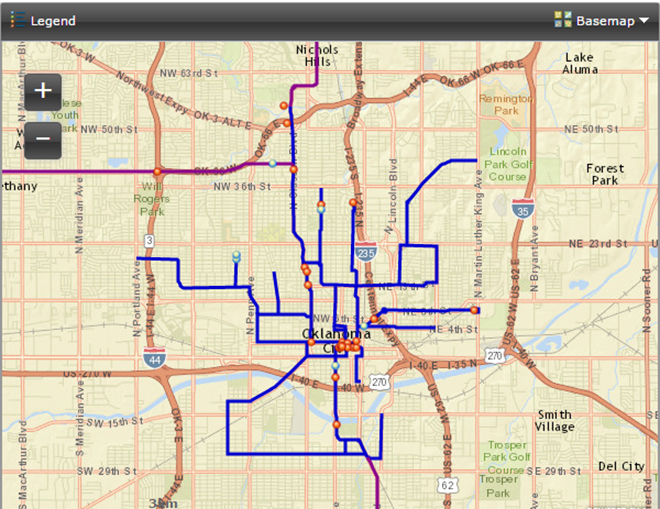 Find out who is representing you at the state and federal levels.

Find a job in OKC