deadCENTER Film Festival: THE Event to Attend This Week in Oklahoma City

If you’re new to town, or even if you’ve been here awhile, you don’t want to miss all the movies and festivities surrounding Oklahoma City’s acclaimed film festival, the deadCENTER Film Festival, coming up at various venues downtown Wednesday, June 10, through Sunday, June 14. 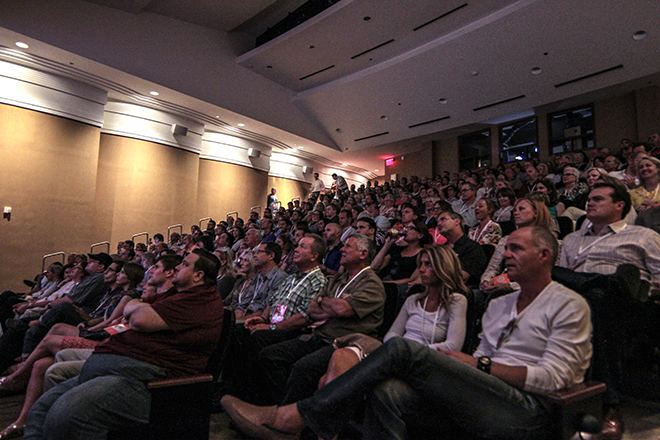 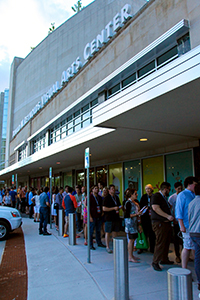 deadCENTER celebrates filmmakers in all genres and Oklahoma City’s thriving film community. During the week, you can see independent films, documentaries, dramas, full-length movies, kids’ films, horror flicks, comedies, short films and more – and learn about their craft in panel discussions and other education outreach programs.

Founded in 2001 as a one-night screening of short films, deadCENTER is celebrating its 15th year and has grown into Oklahoma’s largest film festival. It has been dubbed one of the “20 Coolest Film Festivals in the World,” according to MovieMaker magazine. Last year, about 25,000 film enthusiasts came to the festival, which presents the best of Oklahoma films as well as films from all over the world.

The Oklahoma City Museum of Art is the festival headquarters, but deadCENTER also screens films at Harkins Bricktown Cinemas, Devon Energy Auditorium, The Paramount on Film Row, the Terrace Room at the Myriad Botanical Gardens and outdoors on the Myriad Gardens Grand Lawn. 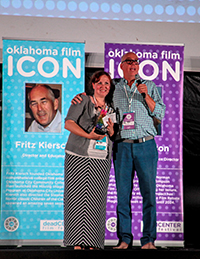 The all-access pass gives you priority entrance to every deadCenter-related event, including parties, panels and films and is $150. You can also buy individual tickets to specific films starting at 20 minutes before each show, but they might not be available for certain films as pass holders get admitted first. Films include eight Oklahoma features and three free outdoor screenings.

Buy passes. See a schedule. Passholders also get to attend the Opening Night Party sponsored by OG&E from 5 to 10 p.m. on Thursday, June 11, on the rooftop of the Oklahoma City Museum of Art, 415 Couch Drive.

Also, check out the festival’s 15th anniversary celebration from 7 to 10 p.m. on Wednesday, June 10,  at the still-under-construction American Indian Cultural Center (AICCM), 659 American Indian Blvd. Buy tickets for $150 now (separate from festival passes), wear a costume and enjoy getting a sneak peek of the new AICCM at the “deadCENTER Studio Backlot Party” sponsored by The Chickasaw Nation.