Way back when . . . In 1944, the University of Oklahoma Medical School Alumni Association studied the possibility of creating a research facility in Oklahoma. Just two years later, the articles of incorporation for the Oklahoma Medical Research Foundation (OMRF) were signed, and the following year, Oklahoma Governor Roy J. Turner launched a drive throughout the state’s 77 counties to raise more than $2 million to build laboratories and a research hospital. On Dec. 17, 1950, the OMRF research building was opened. Not long after, the organization received its first grant from the American Cancer Society for $30,000. 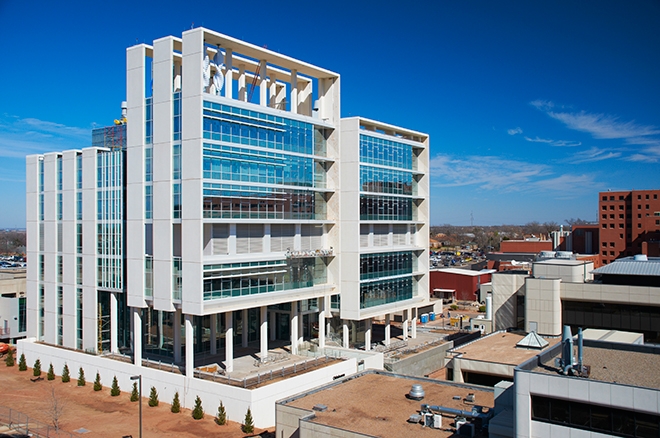 These days . . . OMRF is one of the nation’s oldest and most respected nonprofit biomedical research institutes. The organization employs more than 500 people from around the world and annually secures more than $30 million in competitive grants – ranking it in the top 15 of the Association of Independent Research Institutes.

In 2011, OMRF moved into a new eight-story, $70-million, 186,000-square-foot research facility which houses dozens of new labs, the Samuel Roberts Noble Cardiovascular Institute and the OMRF Multiple Sclerosis Center of Excellence. But the organization’s years of work is more than a fancy facility. Since its inception, OMRF and its labs have produced three FDA-approved drugs, more than 600 U.S. and international patents and several biotechnology spin-off companies.

Find a job in OKC