OK is Ready to Get Weird in Austin

Next week Austin, Texas will get a little weirder (is that even possible?) as the city is taken over by South by Southwest (SXSW). This 27-year-old festival features a mashup of three festivals – a music one, a film one and an interactive one that focuses on emerging technology.

It’s a big deal, and it’s gotten so big through the years that Oklahoma wouldn’t miss it.

Our friends over at the Greater Oklahoma City Chamber wouldn’t miss it for the world – especially since it’s a prime opportunity to show the world all we’ve got to offer. They’ll be there with other Oklahomans in what is known as The Buffalo Lounge, an effort that began in 2010 when the Oklahoma Film & Music Office, the Idea Collective and the Chamber joined forces to increase Oklahoma’s presence at the SXSW festival.

Located in Austin during the festival at The Avenue on Congress, a popular restaurant and bar, The Buffalo Lounge will showcase Oklahoma’s talent: up-and-coming and established musicians during the music festival, celebrate its independent filmmakers and representatives of Oklahoma’s film industry during the film festival and highlight entrepreneurs and more during the interactive festival. Where do we sign up?

Join us and see a showcase of Oklahoma’s talent in one place at the festival. For tickets to SXSW and other information, click here. If you can’t make it to Austin (pesky work and such), you don’t have to worry about missing the action. Follow the Buffalo Lounge on Twitter, Facebook and Instagram. 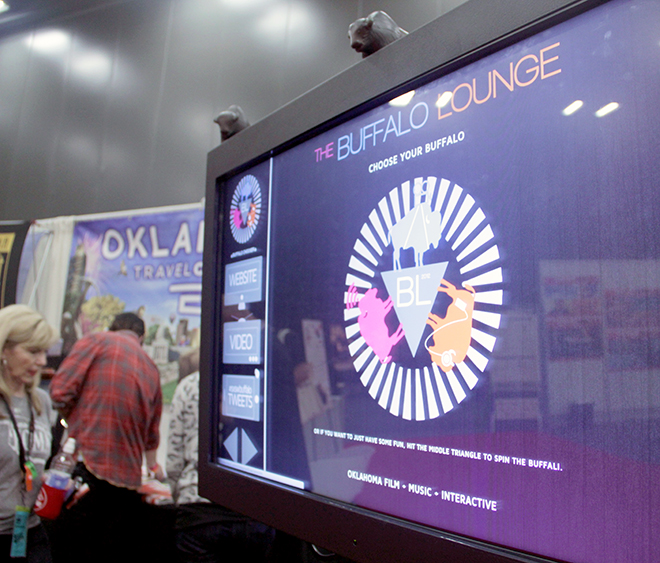